Do It Yourself Cloth Wipes

After deciding that I loved using my cloth wipes, I got ambitious and decided that I wanted to make my own cloth wipes. [ Do It Yourself Cloth Wipes ] This was a really good thing actually. I had purchased a lovely Singer sewing machine shortly after I got married – almost four years ago – but I had never really put the device to good use. I think the dear husband was beginning to regret that he had ever let me buy it!

To The Fabric Store

One Saturday afternoon, I put the little one down for a nap, left her with dad, and headed to the fabric store. When I got to the fabric store, I was very excited to see a great deal on the very flannel material I hoped to purchase. There were so many excellent fabric pattern options that it was tough to choose just one. However, since I was trying something new, I figured it was best to start small with only one fabric. In the end, I chose to purchase 1 yard of a pretty blue flowered fabric.

Several days later, I finally got around to starting on my project. My first step was to gather all the materials I would need to complete the project. This included:

Once all of the materials were assembled, I set to making a pattern. I used a JAbaby wipe which I had previously purchased as a model for my new pattern. I placed the model wipe on the brown paper and traced it with a pen to create a pattern. Next, I cut out the newly created pattern from the brown paper. With this new pattern, I was able to cut out identical pieces of fabric to use in the creation of my wipes.

Bringing It All Together 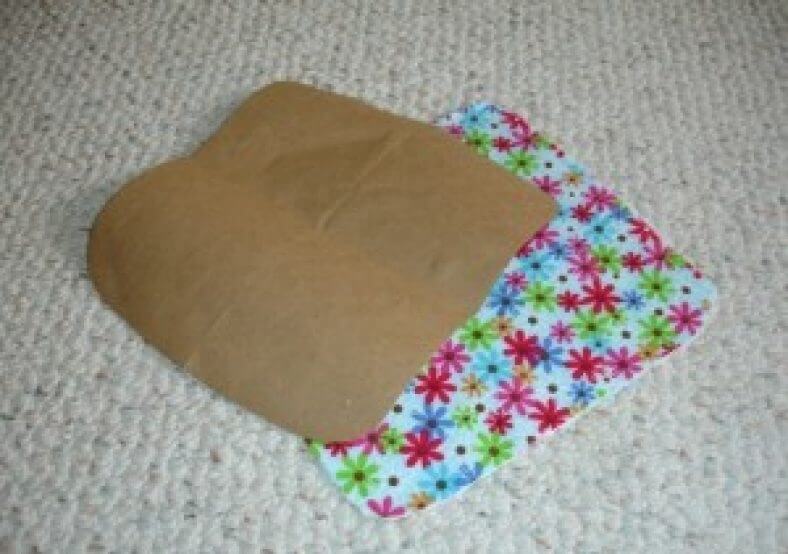 With all the elements ready to go, I began the actual sewing part of the project.

Although I tried several different options of how to stitch the wipes, one choice was superior to all others I tried. To create this version, I took two of identical pieces I had cut out from my fabric and placed the “right” (the pretty side) together.

Then, I sewed all around the outside leaving a few inches open. Next, I turned the fabric so that the “right” side was facing out. I then sewed around the outside a second time. The most significant benefit of this method was that it created nice-looking wipes, which were not likely to fray with washing.

It took me several tries, a few different stitches, and a few failures to come up with – what I think – is one good cloth wipe. I have been using these wipes for several weeks now, and I am very pleased with how they look, how they work, and how they hold up to washing. I had so much fun making these wipes, I even decided to make a few more!