Mother Ease Cloth Diapers has been manufacturing cloth diapers since 1991.  They manufacture all of their products in their own facility in St. Catharines, Canada and even use a custom made diaper cloth that is perfectly suited for Mother Ease products.

Mother ease has been powering its facility with 100% green energy since 2007. Their Bamboo Terry and Organic Cotton diaper fabrics, as well as the dyes used for their colored diapers, have all been rated as Eco-Friendly. The terry fabrics are even knit in Canada eliminating the need to ship from overseas.

I recently purchased a Mother ease Cloth Diaper for review. My initial inspection concluded that the size “large” is going to last us a while. The sizes run a little big, but I am not complaining!  I am looking forward to using this diaper on my grandchildren for a long time to come.

The diaper is more of a traditional (aka old school) design. It is very simplistic, and also very easy to use.

For my review, I purchased a one-size cotton terry cloth diaper, a snap-in absorbent liner, and an air-flow side velcro cover for review.  As many of you know, I have many grandchildren, three of whom are small grandchildren, two of whom are in diapers.  My grandson is 17 months old and approximately 23 pounds and the littlest is 6 months old and approximately 12 pounds.

The first thing I tried was the one-size diaper on my big guy.  The diaper was very easy to use and I loved the way the terry fabric felt! It was very soft to touch and it seemed to be very comfortable.

My grandson is a heavier wetter so I opted to add the snap-in liner to the diaper.  My grandson was dealing with some heat rash, so I was going to let him run around in just the diaper without a cover. I was pleasantly surprised with the absorbency of this diaper with the added snap-in insert.  So the one-size diaper fit my 23 pounder perfectly, but would it fit my little one? 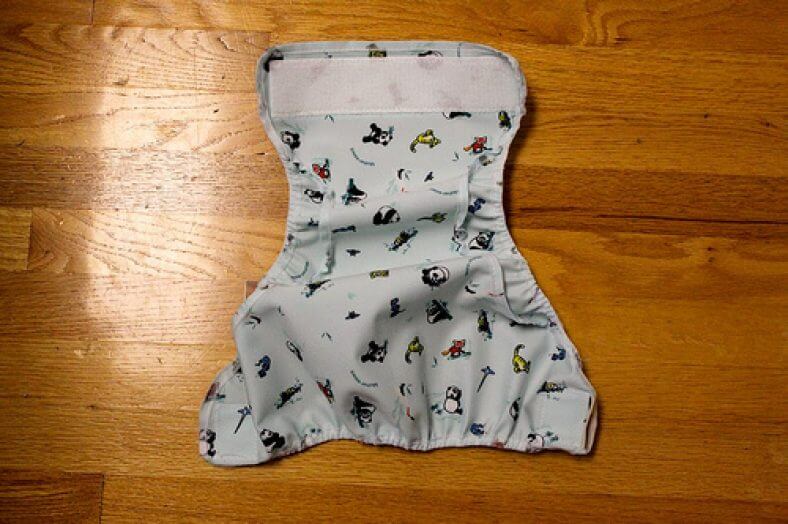 They also have the fabulous leg gussets I just recently became acquainted with.  Man, those things are so cool and nice to have on a diaper! 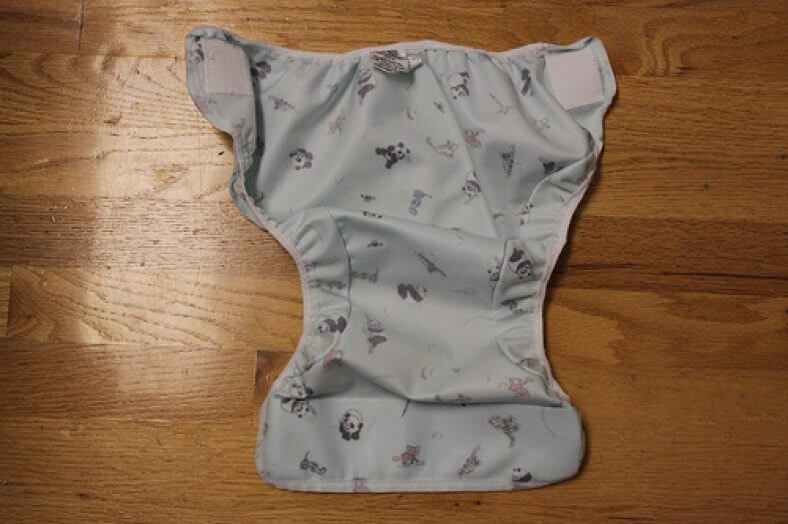 The Sandy’s system is a terry cloth material with an extra layer of terry sewn in between.  Therefore, it’s a diaper, with extra padding. 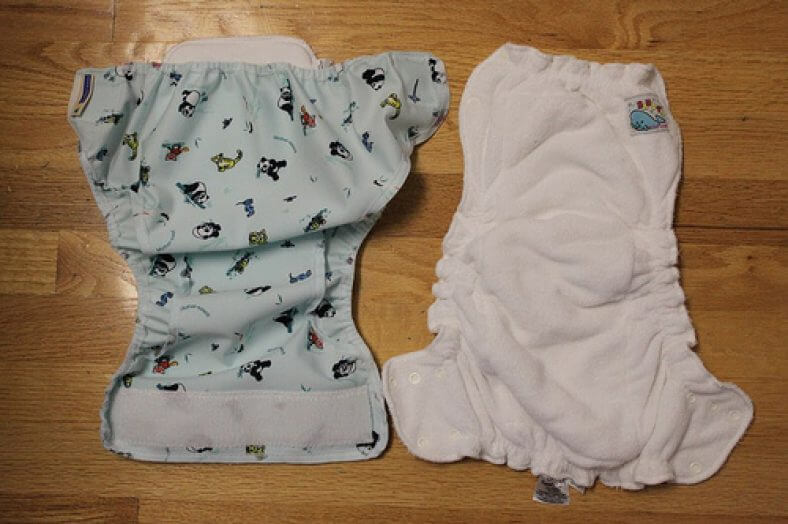 The diaper is the largest of all diapers we own, though, it is comparable to my size two Thirsties. It is a tad bulky.  Rayanna walked a little funny in this diaper when I put it on before bed (excuse me while I giggle again -hehe), but it is a fantastic night diaper. 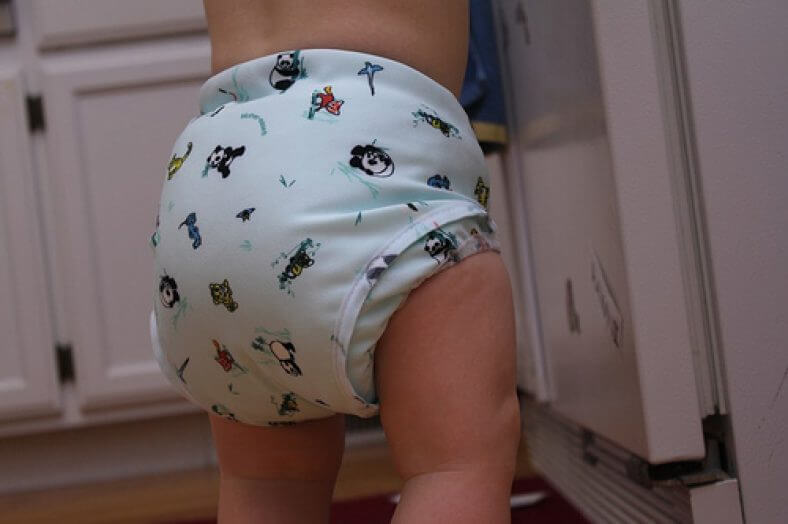 We have had no leaks at night in this diaper.  I think that is one of the biggest factors in determining what diaper to use, don’t you?

If you’d like to read more about cloth diaper leaking, start with our Do Cloth Diapers Leak? Yes! Here’s How To Stop The Leaks article. 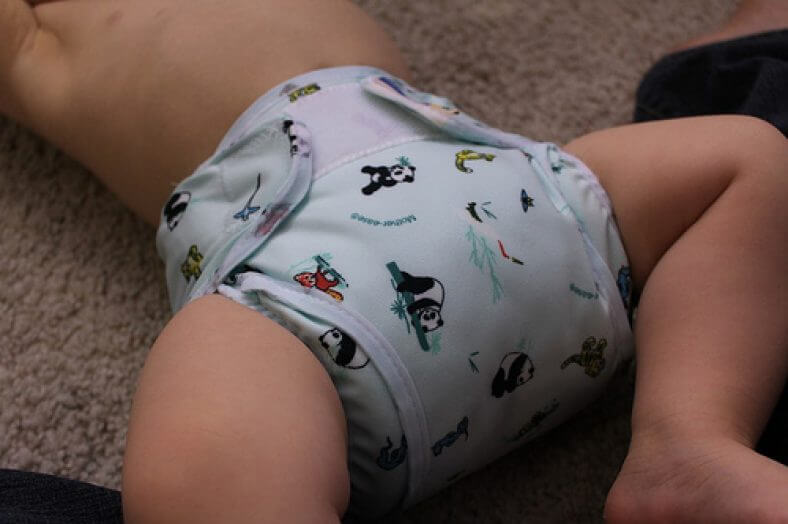 We have gotten to the point with my granddaughter that we are using between three and four inserts to make it all night without a bed and clothing change, so a good diaper that can hold her nightly “gift” to us, is a huge bonus. Those sleepovers go a lot smoother! 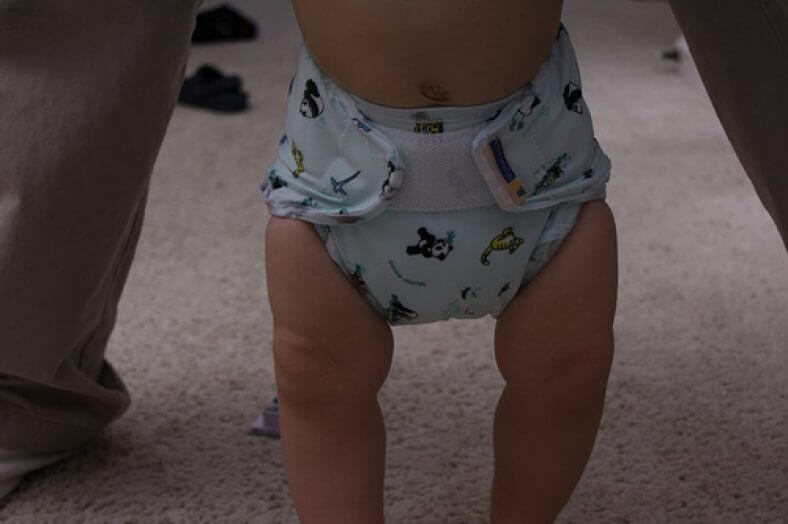 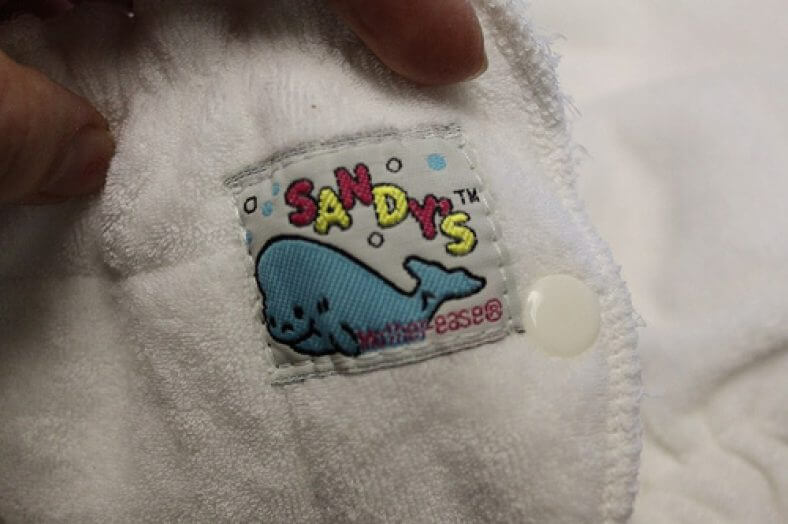 I really like the Mother ease Cloth Diapers Sandy’s system because it is a nice diaper with no plastic lining to wear when our grandchildren are rashy, which one of them had another bad one this week and the doctor ended up prescribing a cream for it. [By the way, this cream is A-M-A-Z-I-N-G!!]

Anyway, I put the cloth diaper on one day not thinking of the liner because it is so thick and has built-in absorbency. It was not enough and he peed through it almost immediately.  Completely my fault, but I think it’s good to know. 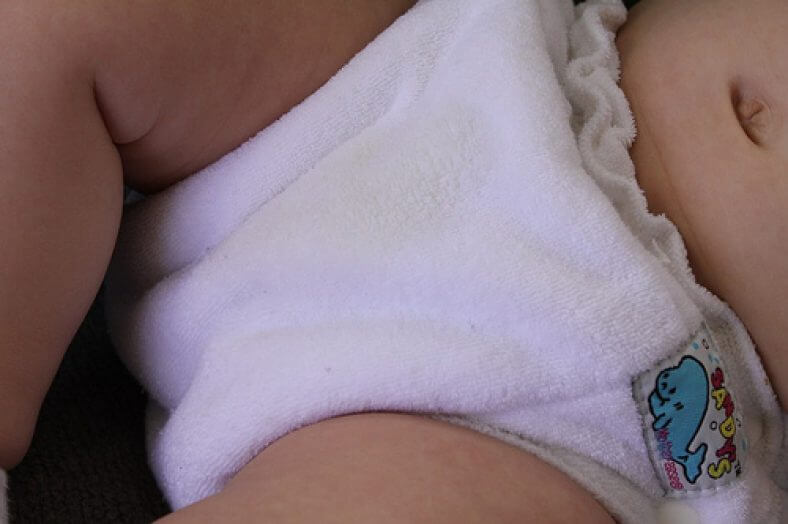 The plus to this system is how much padding it naturally has. The downfall is that it takes longer to dry hanging or in the dryer. 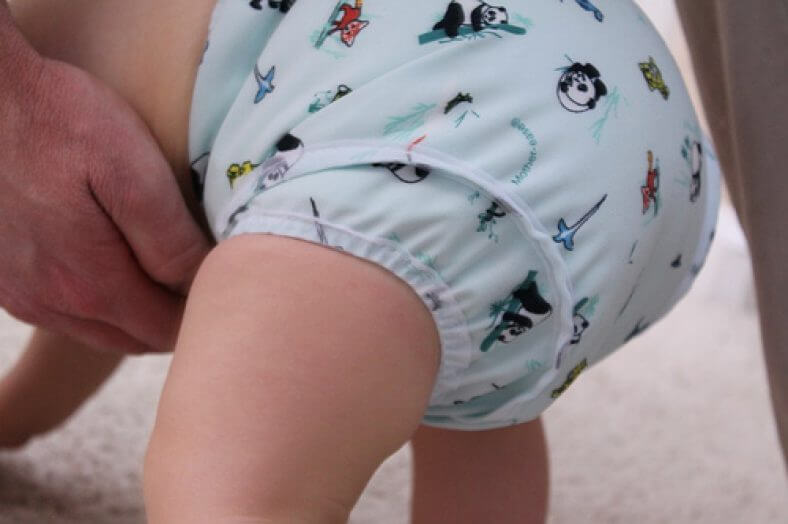 I wouldn’t want to use these diapers all of the time, just because it was a little more challenging for our granddaughter to get up and down off of her little “Zebra toy”, but I definitely like having one on hand for an overnighter.  I would certainly recommend giving Mother ease a try and adding one to your collection of “fluff”. 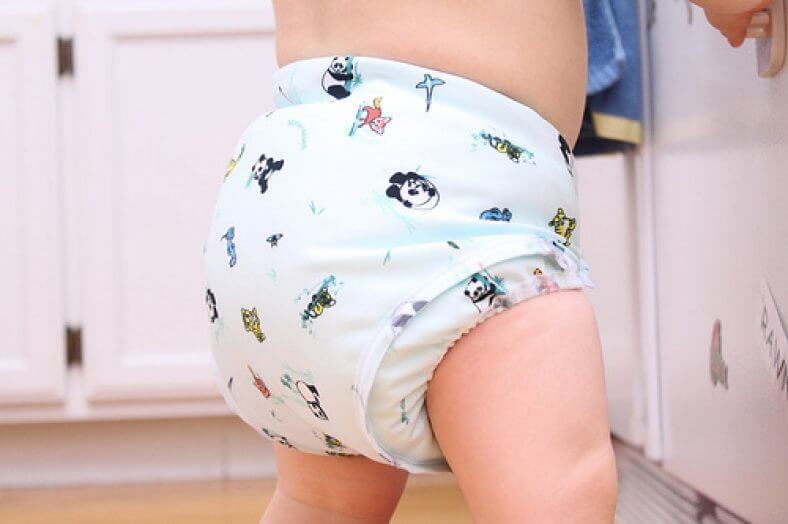 As you can see here, there seems to be a little gap when he moves.  One might think this would be a problem, but with the Sandy’s system being such a good padder underneath, and less movement in bed at night, it hasn’t.

Wallypop Ring Slings, Cloth Diapers One of a Kind Items