It has been an exhausting week. And when I say exhausting, I don’t mean the regular old mom tiredness. This is like a hair-raising, drunken feeling. I probably shouldn’t be driving right now, sort of exhaustion.

Why am I so tired, you ask? You see our daughter and her family are staying with us for the holidays and possibly longer! They are in the process of building and moving into a new place which is taking longer than expected.  We decided it would be easier for everyone involved if they just stayed here. I babysit while they work, so it’s less of a drive for everyone involved. My grandson is teething fiercely. He has been up multiple times throughout the night for about a week now. Nothing seems to calm the little man down. He is extremely fussy and just overall crabby. So we are all exhausted!

This baby is usually a very good boy, he pretty much goes with the flow, but his two little top front teeth are giving him such a hard time. Besides being feverish and crabby, he started having the dreaded “D” word a few days ago. Diarrhea. Ok, there. I said it. According to his pediatrician, this is normal because babies swallow so much mucus and saliva when teething that it all comes out in their bowel movements.

This little nugget has been exclusively cloth diapered for basically his entire life. His momma started him at around three weeks. And this is the first time we have had a problem with the poop.

When you have a newborn, cloth diapering is easy, very easy. If your baby is breastfeeding exclusively, all you do is throw the poopy diaper in the washing machine, and you’re done (breastmilk is water-soluble). Our little guy has been nursing and on solid food for about four months. Now, usually, I wouldn’t suggest starting solids at that age, primarily because of the decrease in nursing. Still, he would literally and aggressively steal food from anywhere he could find, including sticking his hands inside mommy’s hot oatmeal and scrounging the floor for Cheerios.

Ever since she started feeding him solid foods, he has been calmer-but let me tell you, this boy can eat! Which is great to watch because my older grandchild eats absolutely nothing. For years I thought I was a terrible grandmom and that he might starve to death or get scurvy, while in my care, like a little pirate! I digress, back to teething. Last night, as I was preparing dinner, my grandson was extremely fussy. All he wanted to do was nurse, so I had a grand idea for a natural remedy. I quickly took out the day’s pumped breastmilk from our refrigerator, placed it in my snazzy Dino popsicle molds, and off to the freezer it went. 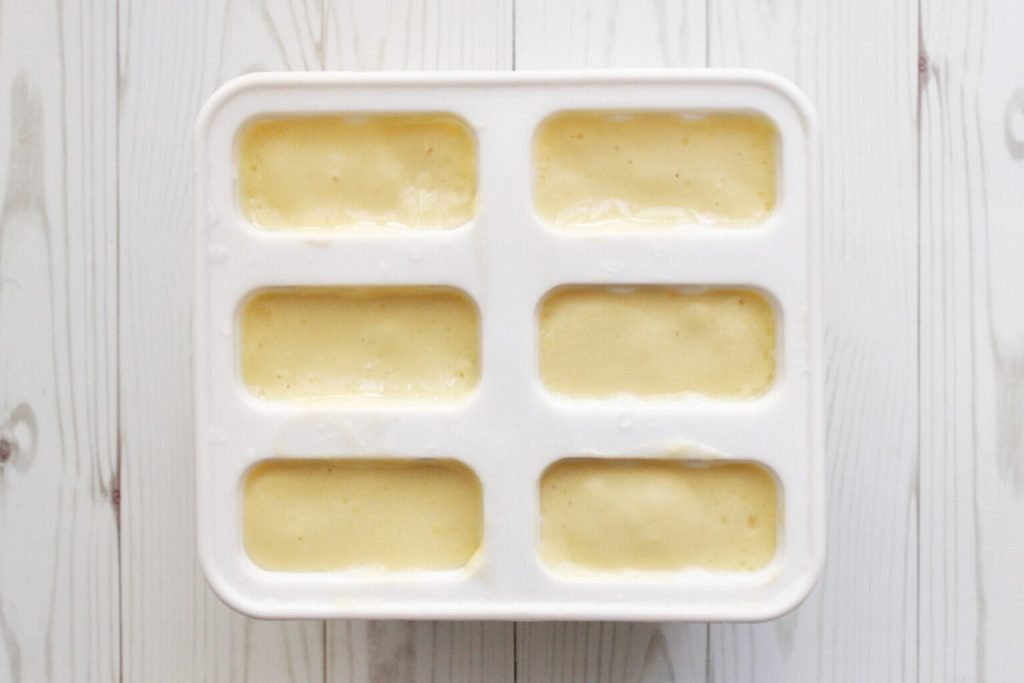 Less than 4 hours later, voila! Breastmilk pops! He gnawed on those things like they were going out of style! What a happy, happy baby! And mommy was happy too! He has been devouring these, and I know he is getting all of the nutrients he needs and having some much-needed cold relief on his little swollen gums.

Please remember to handle all breastmilk pops according to standard safety guidelines. If your milk is freshly pumped, you may pour it in the molds and freeze up to 3-4 months. Previously frozen breastmilk cannot be thawed and frozen again. Partially eaten breastmilk pops should not be frozen again. My little guy is still teething fiercely. I used all of the tools in my mom/grandma arsenal. The chew beads, the amber necklace, the teething balm, the CJ’s BUTTer spritz for his bum, and breastmilk pops…hopefully, he will sleep tonight. Hopefully, we can all have a rest as well. I know I sure need one!

Links to the products we used are available on Amazon if you’d like to check them out: