In a hurry? Here is where you can find the the lowest price on the Wegreeco Bamboo Liners For Cloth Diapers on Amazon.

Ordering And Shipping Of The Wegreeco Bamboo Liners

I ordered these Bamboo Wegreeco Diaper Liners to use with our cloth diapers for my son who is 20 months old. They were shipped via Amazon and arrived the next day to our Kansas City residence. The liners came packaged nicely in an amazon box and wrapped in plastic wrap wound tightly into a solid roll.

I purchased these liners in hopes that they would catch any solid waste and make it easy to dispose of. Skipping the diaper sprayer step for diapers exposed to poop. Which does take time and sanity, also yelling at my son “not to touch” which I spray the diaper he soiled daily. I could get used to skipping that step!

The liners themselves are made of a super-soft disposable 100% Bamboo Viscose – think thick toilet paper or paper towels. However, their consistency was much softer than either of the before mentioned items. They were a tad bit softer than our oso-cozy bamboo cotton prefolds which surprised me! We use prefolds & Alva pocket covers and they have held up nicely, this is our second child and fourth year of consecutive use. I have had no issue with elastic wearing down or the prefolds wearing out. 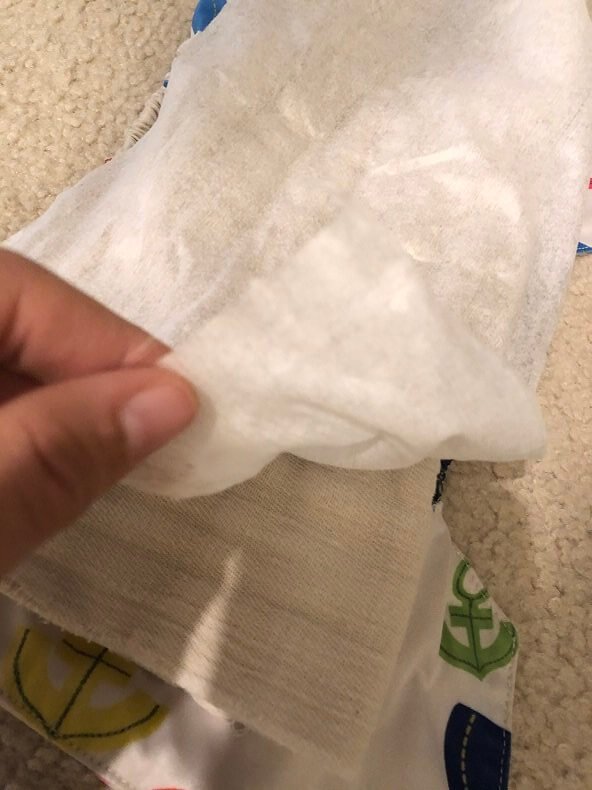 Wegreeco insists that these diaper liners are “disposable” however the packaging does state that they could “cause damage” to any old septic lines & systems. The description on amazon practically tells you not to dispose of these in the toilet contradicting the title of their listing. I did dispose of ours in the toilet and had no issues with clogging. They seemed to start to dissolve almost immediately upon contact to water however they are thicker than most other items you would dispose of in the toilet so I would make sure they have a chance to sit and soak in the water before flushing just to make sure.

The Wegreeco Bamboo Cloth Diaper Liners were easy to tear off from the roll and place between my son’s bottom and his diaper. To be safe, I would just simply remove the liner and throw into the trash without any further step to clean the mess. The only issue with this is the smell- I would not want these liners to sit in my trash can throughout the week. You would want a diaper pail to toss them into since they would be exposed to solid waste.

When applying to the diaper they were layered on top of the prefold inside of the diaper cover. They did fit nicely and were adequate in size. The packaging states that they are 7” x 12” which I would say is an accurate size. I loved how easy they were to apply to the inside of the diaper and did not seem to slip much. On one occasion the front of the liner did crinkle when the diaper was soaked in urine. This did not seem to inhibit its ability to perform as the back of the liner was still laid flat enabling it to catch solid waste. 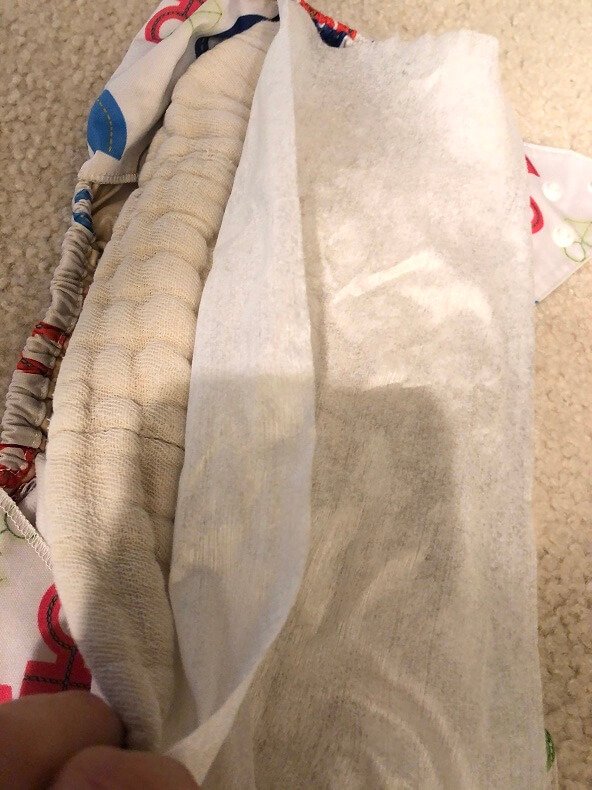 What about the poop?

The part I enjoyed about these liners the most though was their ability to catch poop! On the first occasion, the liner caught all of the poop and I had no issues disposing of it. I was simply able to pick up the liner from the top of the prefold and throw away. The liquid portion of the poop (even though it had only sat on the liner for a few minutes) did seem to bleed through the liners. Where it did still manage to make a stain on the diaper. Again, contradicting the description of the item. But this was the only issue I had while trying out the liners. I was still very impressed that they held up to the poop so well! The fact that they did not tear or rip just amazed me! I was very impressed.

My son tends to poop at the same time each day, so if I follow his schedule I could probably use an entire roll over the course of approximately 3 months. Which would be really amazing! These diaper liners definitely save me time and sanity trying to spray out all the poopy diapers throughout the week. I love the fact that I can just toss them like toilet paper and not even have to wipe his diaper clean! 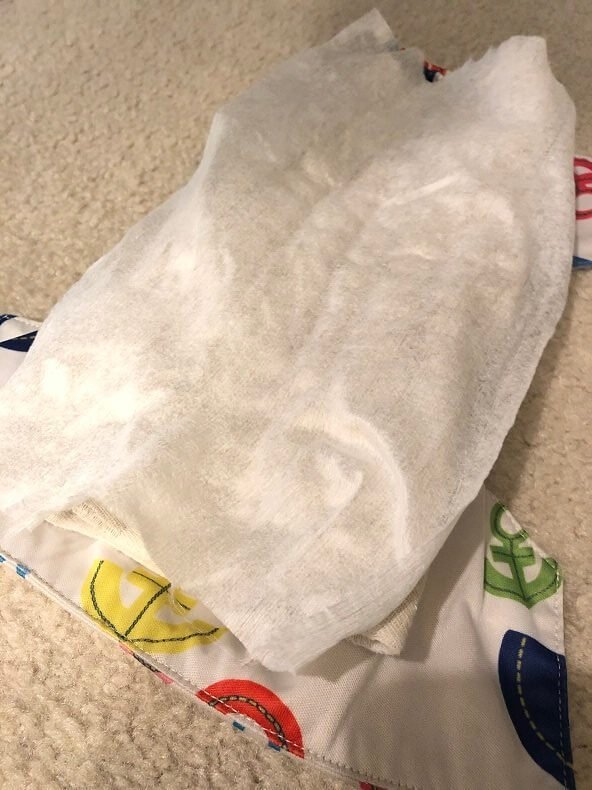 Bamboo Liners For My Cloth Diapers I Feel Safe Using

These Wegreeco bamboo unscented biodegradable diaper liners are made from 100% bamboo viscose. The liners are also Unscented, Biodegradable, Non-Toxic, Fragrance-Free and Chlorine-Free which helps me feel comfortable about exposing my son’s bare bottom to these liners! I did not smell anything when sniffing the liners. Because these are Eco-friendly, I would feel comfortable with my son using these liners than disposable diapers & feel much better about the environment while doing so!

Something I did not like about this purchase, was the number of typos on the Amazon listing when ordering. If the grammar was correct, I wouldn’t worry so much about something being incorrect when purchasing these liners. However, since there were so many misused words, it makes me wonder if they even knew what they were selling- and if the description for the product was actually factual. There, of course, is no way to know for sure. I will take what I saw & experienced for face value and hope that these liners are actually as earth-friendly as they were made out to be!

~~ Submitted by Tiffany, a Cloth Diaper Product Testers for YourClothDiaper.com